The AJ Hackett Macau Tower bungee jump officially ranks as the world’s highest bungee jump, letting jumpers dive off the tower from an astonishing 232 metres above ground. You free-fall for more than 6 seconds before your bungee cord rebounds -- but not before you’ve come within a mere 29 metres from the ground. Eeeek! 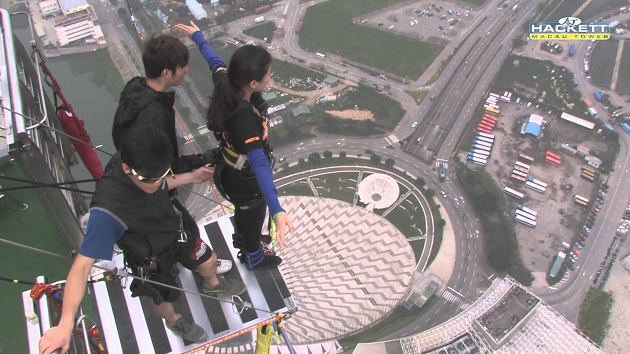 2. Lounging in the Devils Pool

At certain times of the year it’s possible to swim in this small pool that forms a ledge above the roaring Victoria Falls. It looks like an incredibly bad idea but your chances of being washed over the edge by a freak gush of water are actually pretty slim. Apparently. 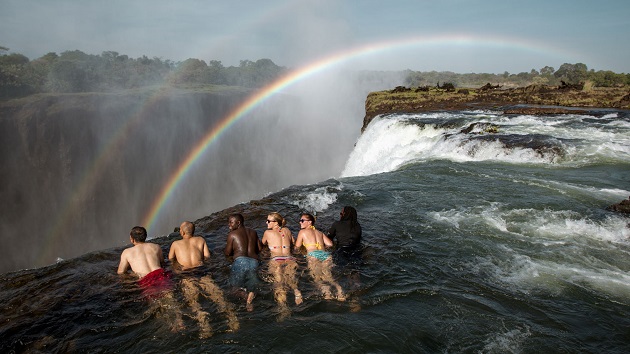 It starts gentle enough, this climb up a mountain in rural Shaanxi, China. But then all of a sudden you find yourself clinging to a few wooden planks held together by what look like large staples, bolted to a cliff face a few hundred metres above the ground and you’re thinking, “Who regulates this?” The answer is no one in particular, which makes this ascent to a teahouse ontop this holy mountain an exercise in extreme faith.

If hiking 96 kilometres through dense jungle and muddy ground in hot, humid conditions is your idea of a good time, then this is for you. There are dangers involved in doing this walk that has become something of a rite of passage for Australians. Several people have died from natural causes while attempting to complete the journey. It’s a truly wild experience, which also makes it just a little scary. 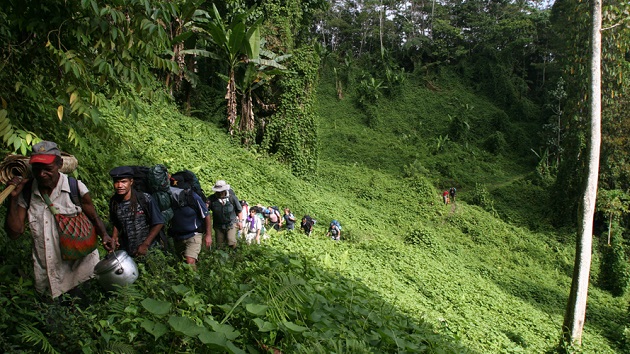 Every June and July, massive schools of sardines migrate from the cold waters of the Cape to the relatively warm waters of Kwa-Zulu Natal to breed. The sardines are followed by hungry hordes of dolphins, marlin and sharks. Lots and lots of sharks. So what do people do? They don their diving gear and they join the feeding frenzy to experience the phenomenal sight. 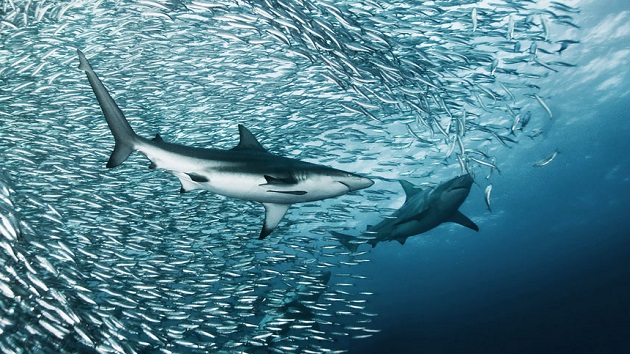 Planning a holiday? Our list of Tour Operators can help get you there.