Och Aye, Did ye Ken that?

Scotland is many things to many people. A land covered by craggy peaks topped with snow, highlanders in kilts fighting for supremacy and land, taffy ‘coos’ on the glen and the mysterious, elusive Loch Ness monster. It is undoubtedly one of the most strikingly beautiful places on earth and steeped in history spanning thousands of years. Busabout brings you ten things you may not have known about this bonny wee land.

1. Skara Brae – older than the pyramids and Stonehenge

We’ve always known the Scots to be an ancient people but just how far back in time can we trace their ancestors? All the way back to the new Stone Age it would appear. Located on the Bay of Skraill on Orkney travellers will find the remnants of a settlement that is older than Stonehenge or the pyramids in Egypt. Skara Brae is over 5000 years old and one of the best preserved Neolithic settlements in Europe.

The site was buried for millennia and uncovered after a violent storm in 1850. Scholars and archaeologists have been studying the site ever since.

The world’s shortest commercial flight takes place between the two Orkney Islands, Westray and Papa Westray, just north of Scotland, separated by a distance of only 1.7 miles. Operated by Loganair, the flight duration is officially two minutes, but under ideal wind condition can be completed in only 47 seconds. Tickets are priced at about $30 per passenger with no in-flight service. According to reports published in The Daily Mail, about 30 percent of the service's passengers are associated with the Orkney Islands Council's education service, while many others are health staff and patients of the Scottish National Health Service. The island of Papa Westray is home to just over 70 people, and 60 archaeological sites.

Loganair, which has flown the route since the 1960s, introduced a popular flight for tourists in 2011. The special flights fly a couple days each week in the summer for folks who just want the flight and then to get back to the Orkney Mainland rather than stay out on the islands.

St Andrews is known as the ‘home of golf’ for good reason. It is the oldest course in the world. And of course golf was invented by the Scots about 600 years ago in the fifteenth century when a bunch of lads decided to hit a pebble on the beach with a stick. Ok, so it’s not that simple… Players actually hit the stone around a proper course of sand dunes, rabbit runs and tracks using a primitive stick-like club. 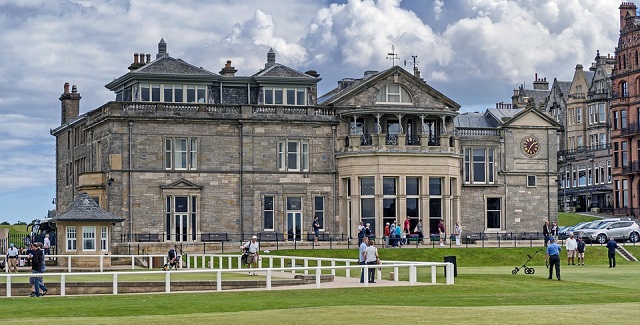 The Scots were so crazy about the game they neglected their duties as clansmen who were needed to fight and lost some much needed skills. This led to James the Second to ban the sport in 1457. But not for too long and those highlanders mostly ignored anything the royals said anyway.

To this day St Andrews exercises legislative authority over the game worldwide except in the United States and Mexico.

The national dish of Scotland and an interesting dish none-the-less. It is made with a combination of meat, oatmeal, salt, spices and cooked in a sheep’s stomach, and served with neeps and tatties (turnips and potatoes). It’s no winner in the beauty stakes but it is crumbly, peppery, earthy, meaty and spicy all in one.  And definitely something you simply have to try when you travel through Scotland. You really can’t say you’ve been to the land of whisky and bagpipes if you haven’t tried haggis.

That’s whisky without the ‘e’ or Scotch. Also known as the ‘water of life’ or uisge beatha, it is distilled and should boast an alcohol percentage of no less than 40%. It can be Malted or Single Grain, Single Malt, Blended Malt, Blended Whisky, Single Cask or Cask. And if a bottle has the word ‘scotch’ on it, it must have been distilled in Scotland and matured for no less than three years in oak casks. There are other criteria that apply to making genuine Scotch and generally Scottish whiskies are twice or triple distilled. 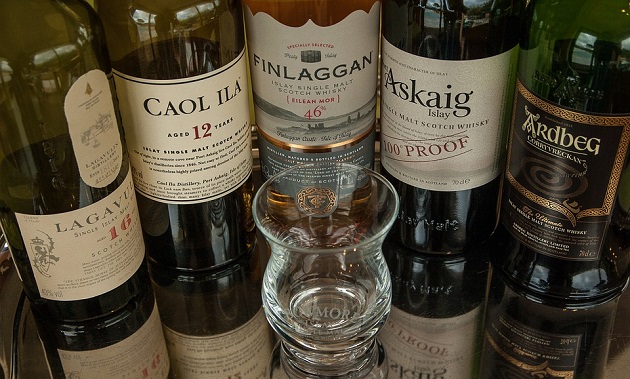 The US and Ireland have the ‘e’ in their whiskey – they just have to be different don’t they?

Here’s one we bet you never knew! Scotland holds the record for the longest echo ever. In a world record attempt the Scots set the bar in 2014 near Invergordon in an WW2 underground fuel depot. According to a story by the BBC, Salford University acoustic engineer Prof Trevor Cox recorded a shot fired from a pistol loaded with blanks inside Inchindown tunnels.

The time for the reverberation to end was 112 seconds and it beat the previous Guinness World Record set in 1970.

If this gorgeous viaduct looks vaguely familiar you’d be correct in thinking you’ve seen it somewhere before. JK Rowling, the famous Scottish writer and creator of the Harry Potter novels is responsible for you having a slight déjà vu. In two of the movies about the Boy Who Lived movie goers can spot this iconic railway viaduct as the Hogwarts Express chugs its way to the Hogwarts School of Witchcraft and Wizardary.

8. The other monster… aka Morag

The more well-known loch dweller, Nessie, may have a relative. Morag is a mysterious creature said to inhabit the depths of Loch Morar, in the Lochaber area of the Highlands.  Legend of old says that Morag appears when one of the Morar family dies or when the clan falls in battle. She could well be a cousin to the more famous Nessie as her home is just over 100 kilometres from Loch Ness. At 310 metres Loch Morar is the deepest freshwater body in the British Isles so finding Morag won’t be easy.

The stirring sounds of the bagpipe or the tortured sounds of a clan of cats? Love them or hate them the bagpipes are one instrument that cannot be ignored. They weren’t invented in Scotland, they’re an import from the Old World. They’re one of the oldest instruments ever and take their roots in the very beginnings of civilisations. They’ve been mentioned in Hittite culture, the Bible makes mention of them in Genesis and Greek history is full of references to pipers. Nero of the Roman Empire considered himself a good piper. But the Scots have claimed them as their national instrument.

10. More redheads than anywhere else in the world

In researching this story we at Busabout thought that our cousins in Ireland would win the title of most redheads per capita, but we’re wrong. A solid 13% of the Scottish population has red hair, the highest proportion in the whole world. Not only do the Scots have the most red heads about 40% of them carry the recessive redhead gene. The Irish come a close second with 10% of their population sporting a good old ginger head of hair.

If you’d like to explore Scotland then speak to Busabout. Through their Scottish travel brand, Haggis, you’ll soon be wearing a kilt, drinking whisky, playing a ‘roond of golf’ and dancing to the sweet tunes of the bagpipes. Visit www.busabout.com or speak to the team on (011) 280 8400. Follow Busabout on social media using the #freespirited hash tag – you’ll find them on Facebook and Twitter (@BusaboutSA).