Posted: 7 Dec 2017 Got Leave? Take It. Research Proves Travel Makes You Better at Your Job

Contiki have undergone extensive research to gain a better understanding of the impact travel has on young people. The travel brand conducted a research study on a pool of 2,980 respondents from around the world (with an equal number of travellers and non-travellers), uncovering a wealth of statistical insights. The results show the importance travel has in the career progression of young people, with the scientifically proven questions unveiling that global travellers are 7% more likely to think outside the box, 10% more likely to learn new skills and knowledge and 9% more likely to highly value original ideas.

The leading travel brand which caters exclusively for 18 to 35 year olds, also utilised the findings of social psychologist Adam Galinsky (PhD, Columbia Business School), to give further clarity to their research. Galinsky’s academic studies prove that travel makes young people increasingly open to digesting new information, ultimately enabling travellers to be more creative, think more deeply and complexly - all key traits needed to progress within a working environment. Furthermore, Galinsky states that being open minded also enables you to see yourself in a different and clearer light, with increased self-clarity and a greater appreciation of your place within a global context.

The research shows just how valuable travel is to young people, helping them develop characteristics such as increased ability to problem solve and a stronger ability to achieve goals set. Travelling enables young people to be more creative, network, and develop a wealth of new skills and knowledge. Emotional benefits such as actively seeking out new friendships, being more satisfied with their opportunities and adaptability are also noticed in young people who travel. All of these statistics prove that taking your leave days to travel, will not only give you a well-earned break, it will make you happier and give you skills vital to being better at your job, ultimately aiding career progression. 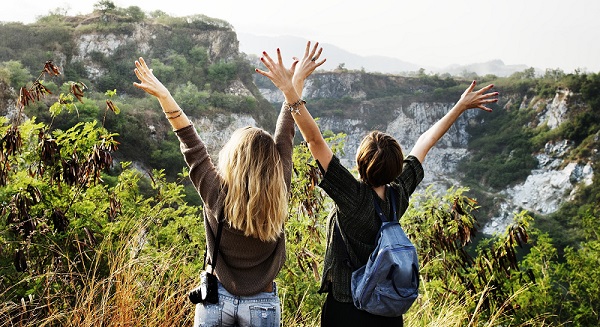 "Using your leave to travel shouldn't be seen as a negative - by young people or their employers," says Kelly Jackson, General Manager for Contiki. “Because of the unique experiences and cultural highlights Contiki offers travellers, they are encouraged to step out of their comfort zone and challenge themselves as individuals, all skills which set them up for future success. Not only does the experience leave them refreshed and ready to tackle the workplace, but it has a real, tangible impact on their performance in their role, which should be embraced, celebrated and encouraged."

For more information on The Power of Travel, check out: www.contiki.com/six-two/power-of-travel

Story and Verse enlisted the expertise of Adam Ganlinsky, PhD, Columbia Business School, to advise in the form of an interview about the character attributes that change as a result of travel, as indicated by his own academic research. These include empathetic concern, perspective-taking, generalised trust, interracial connection, open-minded thinking, learning goal orientation and general self-efficacy.

All figures, unless otherwise stated, are from Fan Data Analytics.