Just when you thought you knew about all the cool countries in the world Contiki brings you their definitive guide to Japan and eight reasons you’ve got to have the Land of the Rising Sun in your travel sights. “Whether it’s staying at a Buddhist guesthouse or taking in the incredible views from the Hakone Ropeway, our travellers gain a new appreciation for the culture, history and beauty offered by Japan during their trip,” says Contiki Marketing Manager, Kele Scheppers.

Japan is a cultural heavyweight, home to a fascinating whirlwind of experiences for you to explore. Travel to the Edo Period districts at UNESCO listed Kanazawa, hit the slopes at Niseko ski resort, trek in the Japanese Alps or party until dawn in the Tokyo clubs. Whatever you're into, a Japan travel adventure is sure to deliver. 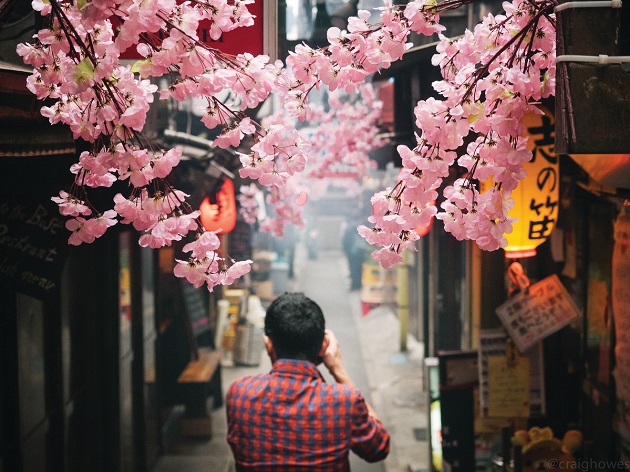 Japan is arguably one of the biggest fashion capitals of the world. Who doesn’t know of Harajuku?

Alternative fashion consists of different styles, with some rising from Japan. Let's take a look at Harajuku fashion. This fashion style has been around since the 80s and made its way into Western culture in the 00s. Named after Harajuku Station in Tokyo, the style is characterised unique and colourful outfits. The first craze was mixing traditional Japanese attire with western clothing. The message these Harajuku kids were sending is that they don’t give a damn about mainstream fashion. They would and can dress as they wish, disregarding strict societal rules and the pressure to conform.

You want a hit of culture

You’ve come to the right place. There are golden temples, ancient castles, shrines, samurai houses and tranquil Zen gardens. If a bit of Geisha spotting is what you have in mind then head to the Gion district in Kyoto. The best time to catch a glimpse is early evening. Takayama is the most traditional city of all, with 18th century Hida style houses and the only surviving buildings of its kind. If you’re in Tokyo, head to Asakusa, Tokyo’s most ancient district.

Tradition with a twist

From authentic Ryokan houses, traditional tea ceremonies and bathing in hot springs you will simply be captivated by its many customs. Ryokans are the original guest houses of this world. Dating back to the 8th century Ryokans, or inns, served weary travellers along Japan's highways. They typically feature tatami mats for sleeping on, communal baths, and other public areas where visitors may wear yukata and talk with the owner.

If you’re feeling really brave, or don’t have body issues, then make a date with the locals to bathe at the public baths in a Sento or Onsen. Bathers in public baths and hot spring baths are naked and swimsuits are not allowed. 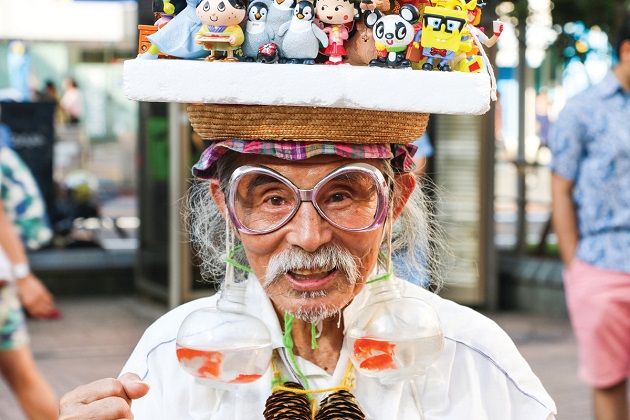 Without a doubt, Japanese food is world class. Tokyo continues to have the most Michelin-starred restaurants in the world in the 2019 guide, with a total of 230 restaurants boasting these stars. Think sushi, sashimi, soba, udon, bento, okonomiyaki, takoyaki, ramen, gyoza. But that’s not all – even the 7/11’s are equipped with high quality food that will have you weirded out, and drooling at the same time!

Slightly Gross Fact: Eating raw chicken is a real thing. In a world where salmonella is feared, Japan embraces it, and this dish is named ‘Torisashi’.

Expect the unexpected in this country. Travel to Tokyo and immerse yourself in world class dining, vibrant nightlife, rich history and a bustling megalopolis. Head to Shibuya and walk across the largest crossing in the world, the Times Square of Tokyo and just have your mind blown at the stream of people.

Want even more? Why not try the weirdly themed cafes like the cat café, maid cafes, ninja restaurants and the quirkiest one of all? The Robot restaurant…

Opt to go to an Izakaya before a night out for the perfect mixture of cheap food and drinks. It’s the Japanese version of pubs. 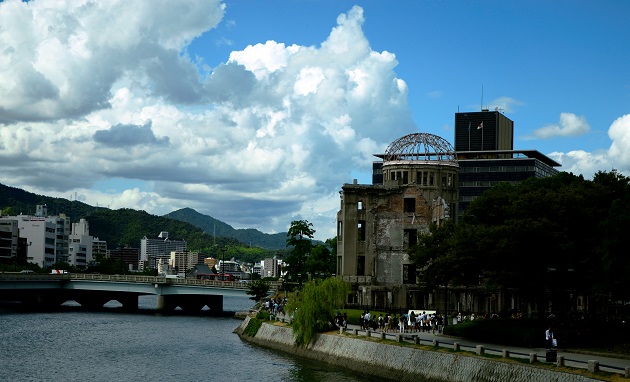 Are you a history buff? Well why not step back in time and make your way to Hiroshima. There is a peace memorial park and museum dedicated to the atomic bombing that took place here in August, 1945. The A-Bomb Dome is the only building left to tell the tale of that devastating morning when Little Boy was dropped over Hiroshima. The museum is a haunting reminder of the destruction war and nuclear weapons can inflict, but it is also a testament to the spirit of the Japanese nation and how the city of Hiroshima literally rose from the ashes.