G Adventures have released their Top Destinations for 2017, based on sales trends and world events.

2017 is a year of celebration for the Great White North, with the 150th anniversary of Confederation taking place, and the country opening up its national parks free of charge for the year.

One of the all new for 2017 National Geographic Journeys with G Adventures is the Canadian Polar Bear Experience, a six day long trip priced from ZAR 79, 739pp

Travellers are starting to return to Egypt (G Adventures reports a 16% increase in travellers from the UK year-on-year), but numbers aren’t yet what they were pre-revolution, so it’s a great time to visit to see some of the world’s most historic monuments. (At least the queue’s won’t be so bad).

Egyptair reinstated its flights to Luxor this month and a 14-day Highlights of Egypt trip is priced from ZAR 21, 259pp.

G Adventures’ sales to Madagascar are up 25% year-on-year, and the country is experiencing a comeback from recent years of diplomatic and financial isolation, with foreign investment helping improve infrastructure.

In late 2015, the United Nations World Tourism Organisation and the International Trade Centre partnered with Madagascar’s Ministry of Tourism on a four-year project aimed to increase sustainable tourism and boost economic growth in Madagascar.

G Adventures has launched a new trip for 2017, the Baobab and Tsingy Explorer. An eight-day trip is priced from ZAR 21, 259pp.

Cambodia has been in the spotlight recently for reasons old and new. 2016 saw the well-publicised discovery of an ancient city below Angkor Wat. There have also been on-set pictures circulating of the film version First They Killed My Father, a biography about the Cambodian genocide. This will be released as a Netflix Original at the end of 2016, is directed by Angelina Jolie and has been cast entirely with local talent.

A nine-day Cambodia Experience trip is priced from ZAR 11, 959pp. 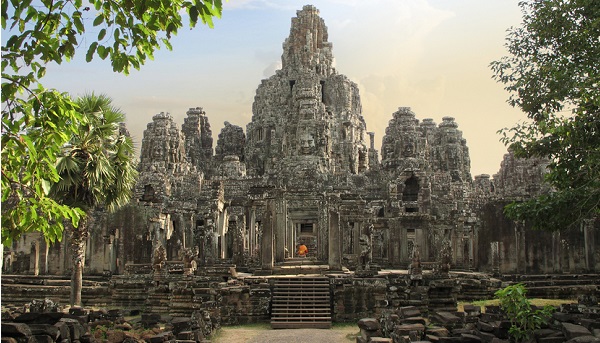 August 21, 2017 sees a total eclipse of the sun take place in the United States for the first time in 26 years. It will be best seen in the western states. G Adventures‘ National Parks of the Northwest US trip departing August 12 will be in the region on August 21, 2017 and is priced from ZAR 47, 179pp for a 15-day trip.

*  Prices do not include flights. For inclusions, see trip links above.