Surfing in Portugal, Berlin to Budapest by train, gritty walking tours supporting London’s homeless & Europe’s hotspots in just one week - Contiki’s 2020 Europe trips have been curated for a new generation of travellers. 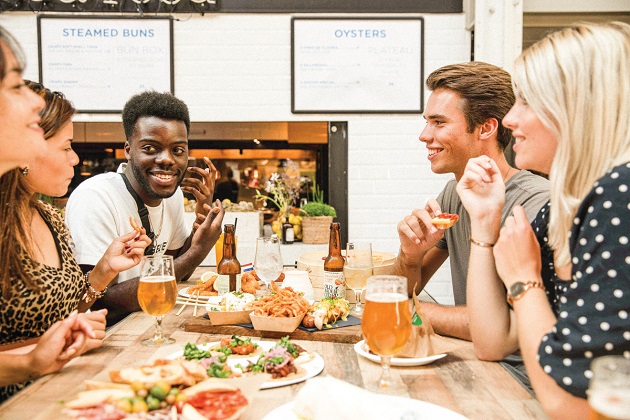 Contiki Holidays launches six brand new Europe trips including 3 new train trips, new boutique accommodation and new conscious, wellness & active experiences - hitting up some of the major trends in Gen-Z travel - in their biggest product release of the year for Europe 2020, this month.

Kelly Jackson, Head of Sales for The Travel Corporation, parent company to Contiki: “This Europe 2020 launch is more game-changing for us than ever. Though we already use a variety of transport styles around the world, introducing train trips is a first for Contiki in Europe, along with smaller group trips to niche locations. We still love our coaches and we’ve released a new fleet with Euro6 engines - the cleanest on the market - but the key driver for our latest release is to provide our travellers with a variety of options.

“We’ve delivered that across not only brand new trips, but by securing partnerships with new youth-focused accommodation like Joe&Jo, Generator, Selina & Moxy. We know that Gen-Z especially are increasingly interested in conscious, wellness & active experiences, and we’ve delivered with new city tours like our Cascais street art tour in Lisbon & Refugee Voices tour of Berlin, Reforestation programme in Iceland, surfing and yoga lessons at Noah Surf House in Santa Cruz, and adrenalin activities like Base ‘flying’ in Berlin and bungee-jumping in Amsterdam. I’m extremely proud of the new product our team has pulled together for 2020 and we can’t wait for travellers to join us on our newest trips”.

The new & improved Europe trips give more choice and variety than ever before, featuring brand new accommodation in partnership with leading youth brands like Jo&Joe, Selina & Moxy, as well as new smaller group sizes of 24 on train trips, optional start and end locations, and a range of new cultural, local, food, wellness/active and conscious experiences designed especially for travellers aged 18-35. 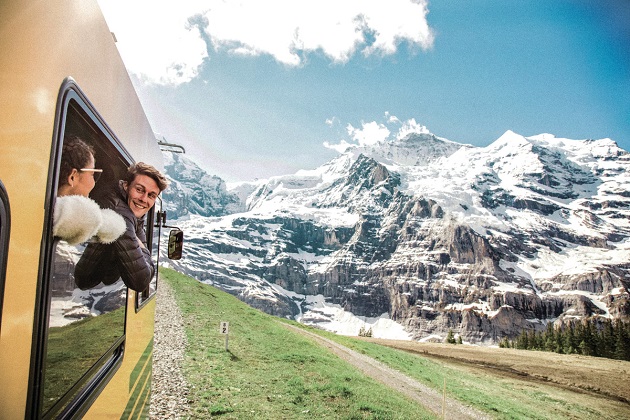 The new series of exciting European experiences reflect the passions of young travellers meaning more localised experiences, such as whisky tasting and folk tales with a Scotsman in Edinburgh, gondolier lessons, dining with families in their homes in Seville and base flying in Germany. Also, new experiences such as a surf camp in Portugal and exploring the Croatian Islands and National Parks. For the conscious traveller, more Contiki Cares experiences were also unveiled.

New cultural experiences include an E-Scooter guided tour of Paris, a Kick-Bike guided tour in Vienna, an E-Bike tour in Porto, a day trip to Windsor & Stonehenge in the UK, and a guided visit to the Montmartre district of Paris.

New local experiences include learning to row like a Gondolier in Venice, an evening seminar at the Prostitute Information Centre in Amsterdam, and a Venetian mask-painting workshop with aperitivo in Venice.

New food experiences include learning to make Pastel de Nata in Lisbon, perfecting homemade pesto in Cinque Terre, a Catalan cooking class in Barcelona, dinner at the Time Out Food Market in Lisbon, an EatWith dinner with the locals experience in Porto, and an Icelandic  farm-to-table meal in Efstidalur.

New wellness & active experiences include Base ‘flying’ off a building in Berlin, bungee-jumping off a crane in Amsterdam, surf lessons and yoga classes in Portugal’s Santa Cruz, stand-up paddleboarding in Santa Cruz, Dubrovnik & Nice and a glacier adventure in Iceland.

New conscious experiences include a Cascais street art tour with local residents in Lisbon, an ‘Unseen tour’ of Covent Garden hosted by and supporting ex-homeless people in London, and a Refugee Voices tour of Berlin guided by Syrian refugees, and the chance to take part in  a reforestation programme in Iceland. 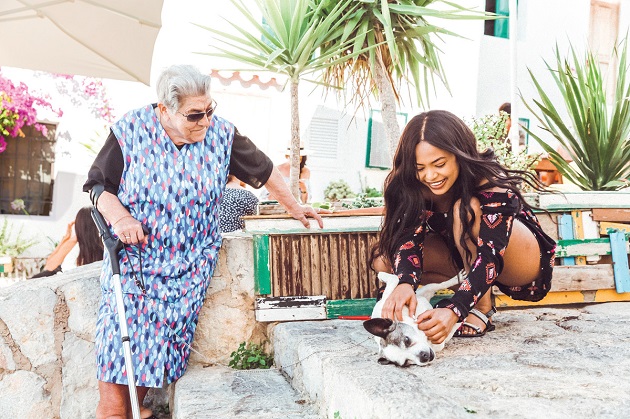 Contiki’s popular Europe product now includes a variety of group sizes - including groups of 30 or less - meaning specialist trips in the region like new Portugal City & Surf, Croatia Islands & National Parks and Rome to Barcelona by Train can focus on providing unique experiences & niche accommodation for travellers, alongside the bucket-list tickers like the popular European Explorer, European Trail and European Magic trips that include multiple countries and cities.

Travellers on Contiki’s suite of Europe trips have the chance to experience an impressive collection of new leading design-led hostel & hotel accommodation including Jo&Joe Paris, where travellers can jump on an exercise bike to blend their own smoothie for breakfast; Selina Lisbon & Selina Porto, with a movie room, vinyl records & rooftop garden for travellers to hang out in; Moxy Berlin & Moxy Paris, conveniently located urban sanctuaries with in-room coffeemakers, Kex Reykjavik, a trendy downtown hostel with on-site bistro located in an old biscuit factory; Basecamp Iceland, boasting an outdoor rooftop sauna for views of the famous Northern Lights, Hotel Poet in Cinque Terre, and Hotel Olea on Pag Island, Croatia, with a pool and wellness spa facilities.

Contiki’s ‘Special Stays’ - a carefully curated selection of unusual or regional accommodation that have been sourced by the travel provider to give travellers a chance to experience the local culture -  now include Noah Surf House in Santa Cruz, Portugal and a traditional Moroccan Riad with an indoor pool & cooking classes in Marrakech; alongside the newly renovated Contiki-owned Gasthof Schoeneck, framed by the beauty of the Austrian Alps; and Contiki’s 16th century Chateau de Cruix, nestled amongst the vineyards of the Beaujolais region in France.

The new & Special Stay accommodation is offered on select trips, alongside the conveniently located hostels & quality 3-4 star hotels that Contiki travellers can expect as standard. There is no longer camping or cabin accommodation on any of Contiki’s Europe trips.

Contiki’s new & improved Europe product for 2020 has been radically streamlined, with 23 trips cut to improve quality & efficiency of itineraries, as well as updates made to a further 33 trips. All new trips launched in Europe are 7 – 12 days and overall trip length has been reduced by 16% in the last 5 years in response to a global trend for shorter trips, with an average trip length of 11.8 days predicted for 2021. There is also more opportunity for travellers to start & end in different locations, like Split or Dubrovnik on the new Croatia Islands & National Parks trip. 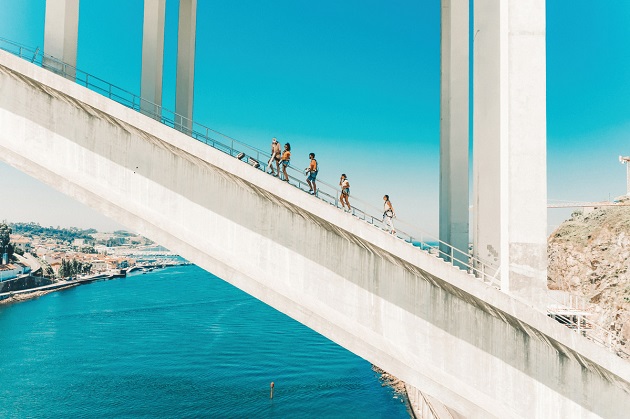 For more detail on Contiki trips in Europe, visit contiki.com/europe

Starting in Amsterdam, ending in Paris

London to Berlin by Train

Starting in London, ending in Berlin

Berlin to Budapest by Train

Starting in Berlin, ending in Budapest

Rome to Barcelona by Train

Starting in Rome, ending in Barcelona

Starting and ending in Lisbon

Starting in Split with options to end in Split or Dubrovnik

The lesser-visited Atlantic coast of Portugal offers some of Europe’s best surf spots, and Santa Cruz is the perfect location to unwind. Travellers on Contiki’s Portugal City & Surf trip will spend 2 nights here at Noah Surf House, with options for surf lessons, stand-up paddleboarding and yoga during their stay.

Nicknamed the ‘Ibiza of Croatia’, the beautiful island of Pag is known for its beaches, sunsets, cocktail spots and hiking trails. Travellers on Contiki’s Croatia Islands & National Parks trip will be lucky enough to spend 2 nights at the Hotel Olea in Pag, with a fitness centre, sauna, sun terrace, room balconies and bike hire, as well as two swimming pools.

The 6 new trips join the ranks of over 100 existing trips offered by Contiki in Europe. Full itineraries, pricing and booking information for all of Contiki’s Europe trips are available on its website: http://www.contiki.com 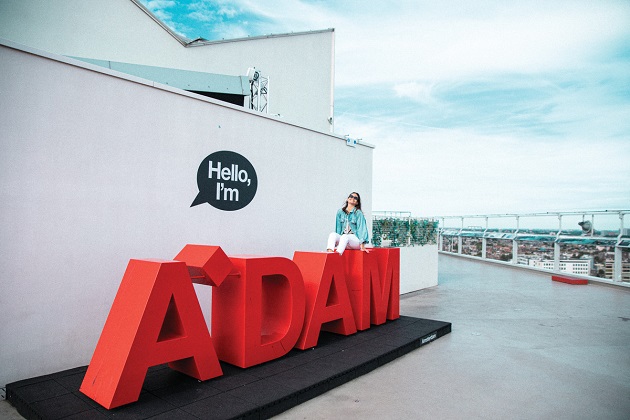