A gold rush ended, a diamond boom faded and the plans of a madman gone awry. There are many reasons why a town is abandoned and left to the whims of nature.  But one thing is certain; these lost spaces are frozen in time offering a little insight into just how transient our time on this earth is.

Let The Travel Corporation be your guide, taking you on a journey around the world to uncover the uncanny, the weird, the macabre, the spine-chilling, creepy and sometimes downright petrifying ghost towns and abandoned places this Halloween. 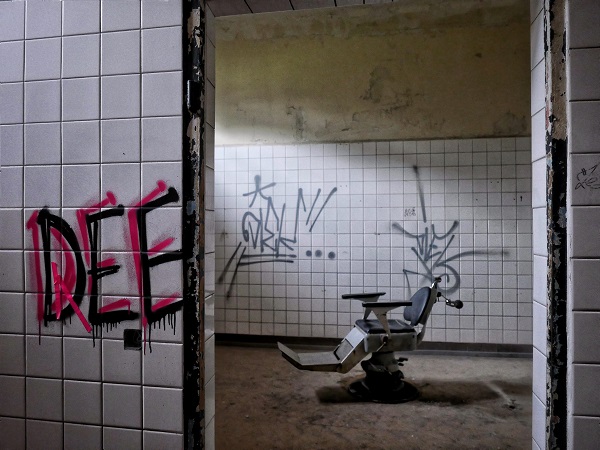 Built in 1898 this complex of 60 separate buildings started out as a sanatorium for lung diseases and specialised in treating what was at that time almost certainly a fatal condition – tuberculosis. Beelitz was like a little village on its own sporting a butcher, baker, post office, restaurant and a power station.

During the First World War the hospital treated the casualties of new weapons of war such as machine guns and mustard gas. It was also the place that a young soldier by the name of Adolf Hitler was nursed back to health. Hitler has been wounded in the leg and temporarily blinded by a gas attack. He spent time convalescing at Beelitz in 1916.

While Hitler was not a known entity during his stay at Beelitz he would soon be responsible for sending many of his fellow countrymen to Beelitz to recover from injuries sustained in the Second World War. At the fall of Berlin the Soviets took command of Beelitz until the late ‘90s when the hospitals and related buildings were abandoned and left to rot.

The Hitler connection doesn’t end here. The Beelitz Sanatorium was used as the setting for two movies directly related to him. Parts of Roman Polanski’s film The Pianist were shot here in 2002, while in 2008 Valkyrie, starring Tom Cruise, was filmed at Beelitz.

Catch up on some Second World War history on Trafalgar’s Best of Germany and visit Berlin, Dresden, Nuremberg and Munich.

Patarei Prison didn’t always have a reputation as one of Estonia’s most terrifying places. The facility started out as a sea fortress in 1840, with the prison housing approximately 500 inmates. But when the Soviets occupied the territory in 1940 it gained the notorious reputation that is still has to this day.

After taking control of Estonia, and especially after the death of Stalin, the crack down on resistance fighters and political dissidents was severe. Torture and violence were the order of the day once the KGB took full control.

But that was not the worst thing. Psychic experiments were conducted on inmates of Patarei in a special Psychic experiment room and many condemned prisoners were executed. The prison housed inmates until 2004 when it was abandoned. Visitors can roam the inside seeking out the cells, execution rooms, work areas and more.

Earlier this year the Estonian Institute hosted an exhibition titled ‘Communism in Prison’ to educate visitors on the history of Patarei. The exhibition also gave those visiting an insight into the crimes of communism and the inhuman nature of the regime. It has been estimated that as many as 22 000 people were murdered or died in “inhumane” government prisons such as Patarei under the brutal Soviet rule.

Take in Tallin on Insight Vacation’s 8-day Warsaw and the Baltic States which visits Poland, Lithuania, Latvia and Estonia.

There’s gold in them thar hills 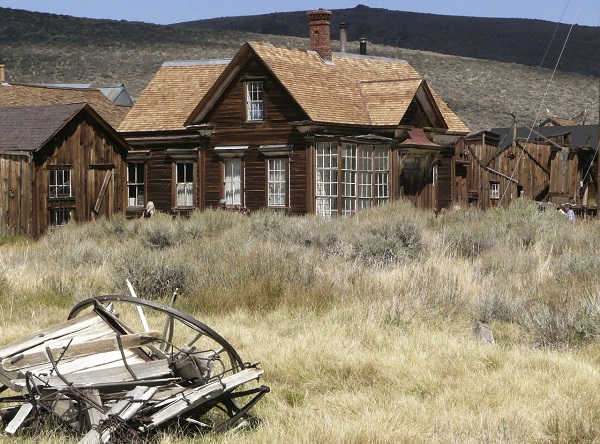 From abandoned prisons to ghost towns. Bodie, California, was once a prosperous, if not somewhat wild town after the discovery of gold in 1859. As legend has it four prospectors discovered the gold and one, named Bodey, froze to death during the following winter. As a tribute the town was later named after him (albeit with a change in the spelling).

Growth in the town of Bodie gained enormous traction quite by accident when in 1875 a cave-in exposed a particularly rich vein of gold and well, it was gold-rush time as investors and fortune seekers arrived in droves.

Soon the boom town sported hardware stores, bars, restaurants and of course the lesser desirable elements of an opium den and red light district. The image of paradise with more opportunities and money than most could handle soon spread. And of course lawlessness followed. At one time as many as six townspeople died every week from shootings.

Fast found fortunes often don’t last and within a few decades the town virtually ceased to exist. By 1915 the population had declined from a high of 7000 to little more than a couple of hundred loyal townsfolk still in search of a rich vein of the shiny stuff.

Travellers can visit Bodie during certain times of the year. But be warned – don’t be tempted to take any ‘souvenirs’. According to an urban legend those that steal items from Bodie are destined to be affected by the Curse of Bodie.

Costsaver’s California and the Golden West trip is a 14 day experience of California, Nevada and Arizona. 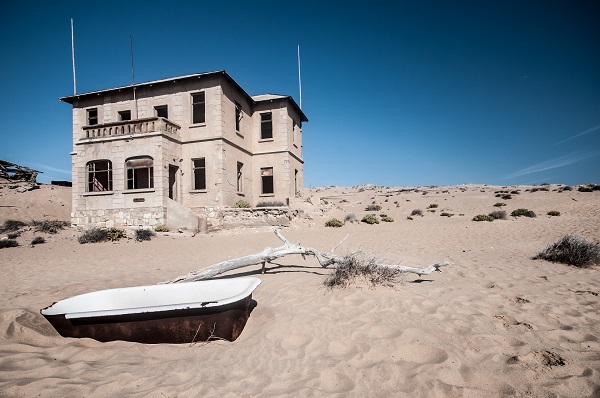 Around the time that Bodie was dying off another boom town sprung up across the Atlantic. Kolmanskop, Namibia, was built on something even shinier – diamonds.

After the discovery of what is arguably the richest diamond field ever found (in 1912 11.7 per cent of the world’s total diamond production was mined here), Kolmanskop was founded to provide shelter for workers from the arid desert. Hospitals were built, schools were started, a power station was put into service to serve the needs of the residents and to keep the Ice Factory producing much needed respite from the hot, dry conditions.

With over a million carats mined in 1912 alone the town boomed. So much so that a railway line was built to connect it to Luderitz to bring in fresh meat and other produce.

But all good things do come to an end and as fast as Kolmanskop arose from the desert so too did it begin its return. The mines were virtually depleted by the 1930s and the people abandoned their homes and possessions. Kolmanskop has been left to the elements, forever in a state of natural decay.

With their eerie, unearthly and abandoned features both Bodie and Kolmanskop feature high on the list for photographers around the world. Catch up with Namibia on Contiki’s Okavango Delta & Deserts, which is a 13-day in-depth explorer which ends in the capital city, Windhoek. Extend your stay and head down to Luderitz and the ghost town of Kolmanskop.

Making a second appearance on The Travel Corporation’s list of abandoned places is Dollersheim, Austria.

Situated 110 kilometres from Vienna this village, once the home town of Hitler’s father, was evacuated by force before the start of the Second World War to make way for an army training ground. The Wermacht troops moved out all the villagers by 1941 before bombing the abandoned houses during their training exercises.

An unconfirmed rumour at the time suggested that Hitler wanted the village removed from history to hide the true origins of his lineage – that his grandfather was in fact Jewish. This story has never been confirmed but it does make for interesting reading.

Dollersheim and the surrounding towns and villages are still to this day used as a military training site. Travellers can visit but they are cautioned to be aware that bullets and bombs could disrupt their experience at any time. In the words of iPhone photographer and blogger No Camera Bag “The military training area is still in use and live ammunition may be used. Do not enter the area behind the hospital. There’s barb wire and barriers for a reason!”

Visit Austria when you cruise with Uniworld on the 10-day Authentic Danube & Prague. This cruise features the Jewish Heritage Programme on all departures where guests can experience Central Europe's enduring Jewish legacy with visits to museums, memorials, synagogues and more.

For more information or to book trips to these incredible abandoned spaces and places call The Travel Corporation on (011) 280 8400.